Stay up-to-date with the latest in tax preparation and business news/tips. 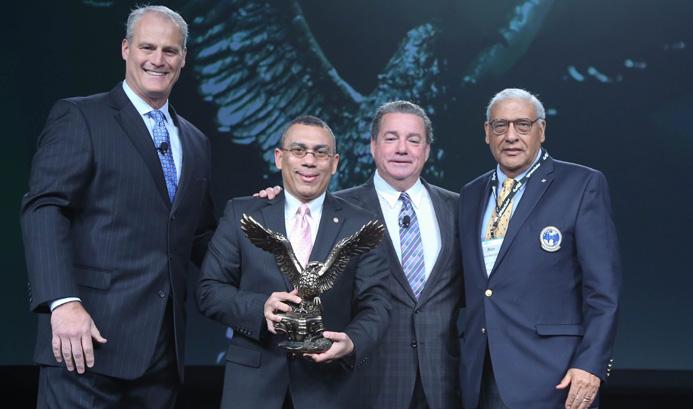 One of the most beneficial parts of joining the ATAX franchise systems is working alongside industry professionals who have been recognized for their outstanding contributions to franchising and business.

The International Franchise Association (IFA) recognized ATAX’s CEO and founder Rafael Alvarez as the recipient of their most prestigious diversity and inclusion award, the Ronald E Harrison Diversity Award. Given to organizations and individuals who have made significant contributions to minorities in franchising, either within their franchise organization or within the franchise community as a whole, the Ronald E Harrison Award speaks volumes about the core values of ATAX: great customer service to clients, charge reasonable fees for services, get involved in the community and make significant contributions to the community.

After identifying a lack of nationwide tax preparation franchises owned by the Hispanic/Latino community, Alvarez founded ATAX in 2007. Born in the Dominican Republic and raised in Washington Heights, a neighborhood of Manhattan with 98 percent minority residents, Alvarez opened his first office right in his own neighborhood in 1986. He promoted diversity by hiring from within, and continues to do so – the majority of his franchisees are Latino and come from all over South and Central America.

An active member of his community, Alvarez helped organize the Dominican parade in New York City. He also served as a board member of the Ethics Committee at the New York Presbyterian Hospital and the Northern Manhattan Arts Alliance. In addition, he is the treasurer of the Guardian Angels. His community involvement speaks volumes about the importance of developing and promoting the franchise business model in the Latino community.

Click here to watch the full video of Rafael’s acceptance speech at the 2015 IFA Convention where he was honored with the Ronald E Harrison Award.

Questions About Our Services?

Send Us a Message